“FATE is about UFOs, the paranormal, all that stuff. I find it fascinating!” says Stephen King. 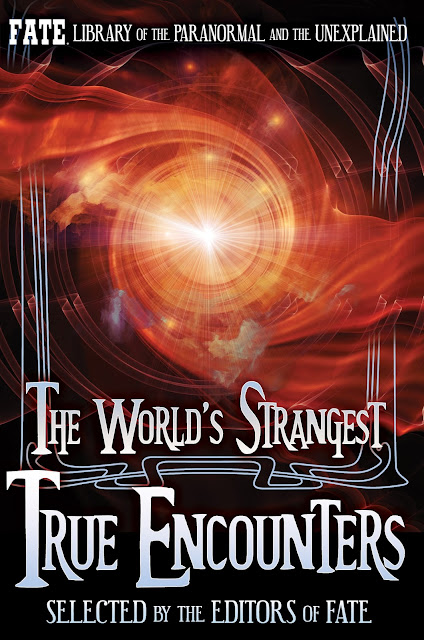 AMAZON TOP TEN PARANORMAL AND SUPERNATURAL BESTSELLING SERIES!
OWN FOR ONLY $2,99!

This book contains 25 true reports of real-life encounters with the paranormal and the supernatural; accounts which are, indeed, stranger than fiction. Drawn from the files of FATE—the magazine Stephen King says gave him many of his “best ideas”, and the world’s leading publication of the strange and unknown—the testimonials in this series come from a wide variety of people, places and decades.

To read this book is to enter the world of ESP, prophetic dreams, magic, ghosts, poltergeists, miraculous healings, the occult, and the supernormal. You may begin reading this classic collection as a skeptic, but we are sure you will be more of a believer by the time you finish.

Here are just a few of the fascinating, thought-provoking reports and personal accounts you will find in this fantastic-but-true book, personally selected by the editors of FATE Magazine:

The World’s Strangest True Encounters is an extraordinary collection of extraordinary tales by those who have encountered the inexplicable, and of first-hand investigations by FATE’s writers into reports of the extraordinary and unexplained.

Wikipedia calls FATE “the longest-running magazine devoted to the paranormal. …it has published expert opinions and personal experiences relating to UFOs, psychic abilities, ghosts and hauntings, cryptozoology, alternative medicine, divination methods, belief in the survival of personality after death, Fortean phenomena, predictive dreams, mental telepathy, archaeology, warnings of death, and other paranormal topics.” FATE is true journalistic pioneer. Launched in 1948, it covered controversial topics like electronic voice phenomena, cattle mutilations, life on Mars, telepathic communication with animals, and UFOs at a time when discussing such things was almost taboo. Recently, FATE celebrated the 67th anniversary of its founding and the publication of its 727thissue, a rare feat of longevity achieved by only a select few U.S. periodicals.

FATE hopes you enjoy the books in FATE's Library of the Paranormal and the Unknown.

The Best of FATE!

Click here to find out more about Digital Parchment Services and its clients.